It is my learned opinion that Bubbi (that is, Bubbi Morthens) is an absolute genius, one of the greatest singer-songwriters who has ever lived; but he only works in Icelandic, and as a result is virtually unknown outside Iceland. 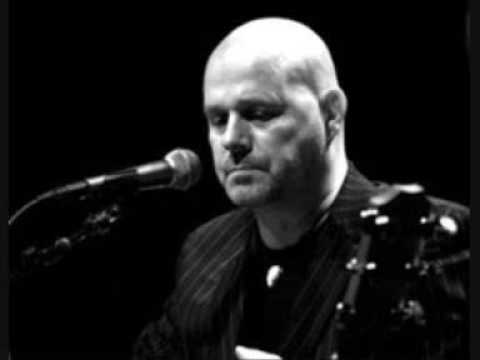 One of his newer songs (not that it's that new anymore by now either) is Regnbogans Stræti, or Rainbow's Street; I find this so touching every time I listen to it that I tried to translate it into English.

That's from one language that isn't my first into another that also isn't, so bear with me. This is only a first version anyway, and has various rough edges left, but it's at least good enough to post it. If the meter sounds off, keep in mind that this is intended to be sung to the song's melody, and read it accordingly — i. e., listen to the song, and read (or sing) along.

It's a truth in life, my friend, that men tell lies
Let their hope fly, that from days of youth it soars.
Some must stand on bridges under distant skies
Only breathing free on unreached distant shores.

They never give up, even though it's fear they meet
On the byroads of Rainbow's Street.

There are men who yearn for truth, and men who hate,
A man who cannot stand the truth, he never sees.
Some inherit their forefathers' unjust fate,
While others yet find happiness and peace.

It is said that reconciliation will meet
All men at new dawn, on Rainbow's Street.

Show me love in the embrace of a blue night,
Bid me welcome as you would a book of old,
Read long ago – by a window open slight –
When in your bosom deep did passion's scroll unfold.

I trust that one day, freedom you will meet
Under the tree crowns on Rainbow's Street.

You long for love's warm glow in ways ill understood
Your eyes, they smile, but your heart cries burning tears
Life keeps your secret well-protected, hidden good
But the cry of pain is ringing in your ears.

I know that justice will put down both feet,
And plead your case, on Rainbow's Street.

They put a price on care and tenderness and wrapped
Freedom's head with thorns, they laughed as hate they sowed,
They devalued words, broke them 'til they snapped,
And likened freedom to a venomous toad.

And they tripped up truth, right off its feet —
Sorrow, too, is found on Rainbow's Street.

Constant thirst stalks us, as of its own accord,
Familiar pain leaves us tired, scared, alone,
And we long for naught but love, the only ward,
Though most bang their heads on cold unmoving stone.

For those that suffer there will always be a seat,
If their paths take them to Rainbow's Street.

Our every wish waits for the Rainbow, without end,
For those enduring pain and suff'ring, mild and meek,
Their love's a monument to men, my gentle friend,
Who have always merely turned the other cheek.

In Seyðisfjörður, at night, light on their feet
A few young men painted Rainbow's Street.

We are born, we grow older, and we die
Will cold lips by unspoken words be tainted?
Will our travels' last companion be the lie?
Will it be an outstretched canvas yet unpainted?

It is said in your last dying breath you meet
— yourself, — on Rainbow's Street.

The meter doesn't always stick exactly to the Icelandic lyrics', but then the lyrics are not strictly set to a specific meter anyway. All the translation can be read in such a way as to flow well, and I hope this'll be its natural reading too.